The Plas Kynaston Canal Group filed for Phase 1 of the EBP (3rd of January 2012), Economic Bridging Package for Cefn Mawr and Surrounding Villages. This was made with popular support following the press release on the 5th of December 2011 in the Wrexham Leader Newspaper.

The Economic Bridging Package for Cefn Mawr and Surrounding Villages would provide an economic stimulus for the villages by encouraging visitors to the Pontcysyllte Aqueduct to explore the wider area of Cefn Mawr and Surrounding Villages. This will relieve congestion on the aqueduct during peak visiting times over the summer months and improve the visitor experience. This is necessary because the earliest delivery date for the full reinstatement of the Plas Kynaston Canal terminating with a 60 Berth Marina at the rear of the Queens Hotel in Cefn Mawr will only be in time for the 2018 summer season.

However the economies of the villages have been extremely hard hit by the closure of the only two major works, Air products and the greater part of the former Monsanto Works in addition to the general recession. The only remaining section of the former Monsanto Works / Solutia is now on lease to Dupont until 2015 when the lease will expire and the plant will most likely close. 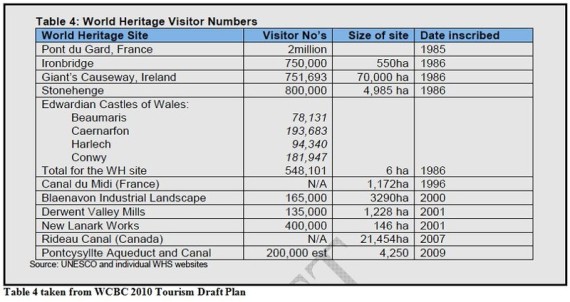 According to WCBC and UNESCO the awarding authority for the Pontcysyllte Aqueduct and Llangollen Canal WHS Status, the table above indicates an annual tourist visitor count of 200,000 people, of which roughly 80% arrive by road, 15% by canal and 5% on foot or by bicycle. Cefn Mawr and Surrounding Villages sees less that 1% of this tourist count despite the £3.5 million already spent on the villages.

The reason for this is simple, the villages have been isolated from the Inland Waterway Network by the Monsanto - Solutia Chemical works since before the Second World War and it is only in recent times that the works have closed allowing possible access once again.

The Plas Kynaston Canal Groups proposals are to redress this imbalance.

Neither the Aqueduct nor the Villages can be moved however we could move the people. This would essentially come in a number of phases.

The PKC Group suggested establishing the main car park at the Winborne Gate on Queens Street, Cefn Mawr. This is central to the area and currently on lease to the WCBC for such purposes from Solutia and has been resurfaced by the WCBC. To direct the road traffic to this central car parking area the PKC Group are asked the WCBC to erect road signage on the major road junctions: 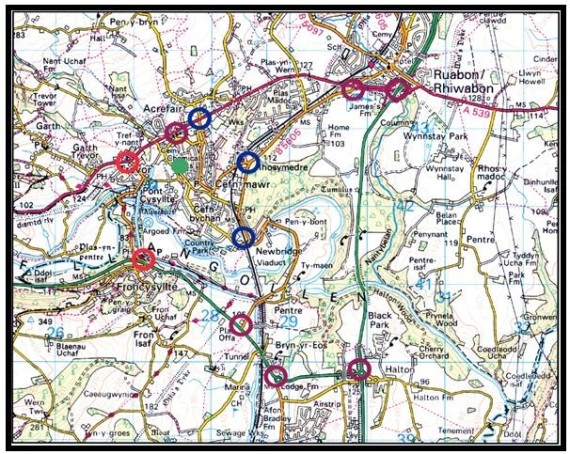