The Churches & Chaples of the Cefn 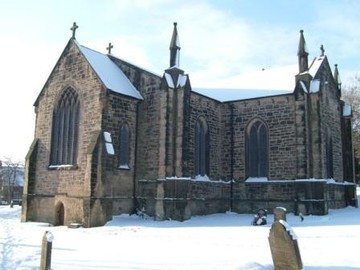 The Parish Church of Rhosymedre was built in 1837 to serve a fast increasing industrial population which poured into the area in search of work. It was built of good Cefn stone which was found, literally, on its doorstep, just as the houses were built in those days. The rich clay deposits were developed later after 1850, and the latter houses were built of Ruabon brick.

The church grew up into a school. Victorians looked after their children because in them lay the future church. They were indivisible. Many churches span centuries, and cover a varied history in the need for man to serve God. Rhosymedre has not yet seen such a change of costume. It has almost completed two centuries of service, and is facing the challenges of the 21st century.

The story of the Rhosymedre Parish Church is a portrayal of the parish where the church was built to serve, built not only by rich donors but also by the pence which poor people raised to create a better world for their children. As the inheritors of that past, are we worthy of that effort our fore-bearers made for us? The answer to this question should be, we will make the effort to. 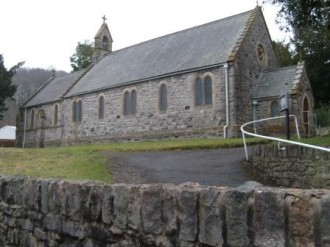